Signs of an Exhaust Gas Recirculation Failure in a GMC Duramax 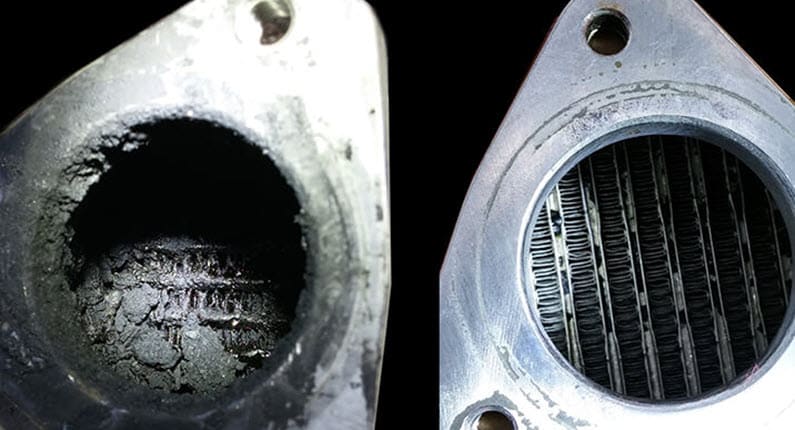 The exhaust gas recirculation (EGR) system is an important component of the engine management system in many GMC Duramax vehicles. It is designed to reduce the amount of harmful emissions released by the engine by redirecting a portion of the exhaust gases back into the combustion process.

When the EGR system fails, it can cause a variety of problems with your vehicle and should be addressed as soon as possible. In this article, we will discuss the signs of an EGR failure in a GMC Duramax and the steps you can take to diagnose and repair the problem.

Signs of a Problem with your EGR

One of the most common symptoms of EGR failure is a reduction in engine performance. If the EGR system is not functioning properly, it can cause the engine to run poorly or even stall.

You may notice a decrease in power or acceleration, or you may experience issues with the engine starting or running smoothly.

Another sign of EGR failure is an increase in fuel consumption. When the EGR system is not working correctly, the engine may not be running as efficiently as it should, resulting in higher fuel consumption.

This can be especially noticeable if you have recently noticed a significant increase in your fuel bills without any changes to your driving habits.

You may also notice an increase in exhaust emissions if the EGR system is not functioning properly. In particular, you may see an increase in the amount of carbon monoxide or hydrocarbons being released from the exhaust. This can be a significant issue, as these emissions are harmful to both the environment and to human health.

One of the most obvious signs of EGR failure is a check engine light on your dashboard. This light will come on when the engine management system detects a problem with the EGR system or any other component of the engine. If you see the check engine light come on, it is important to have your vehicle checked by a mechanic as soon as possible to diagnose the problem.

If you suspect that you are experiencing EGR failure in your GMC Duramax, the first step is to have the issue diagnosed by our expert mechanics. We will perform a series of tests to determine the cause of the problem and recommend the appropriate course of action. This may include checking the EGR valve and the EGR valve solenoid, as well as testing the EGR control module and other components of the system.

If the problem is caused by a faulty EGR valve or solenoid, it may be possible to simply replace these components to resolve the issue. However, if the EGR control module or other components of the system are damaged or have failed, it may be necessary to replace the entire EGR system. This can be a complex and time-consuming process, so it is important to have the work performed by a trained and experienced mechanic.

Another important step is to have your GMC Duramax regularly serviced and maintained. This includes having the oil changed on a regular basis and having the engine checked for any signs of wear or damage. By keeping your Duramax well-maintained, you can help to prevent problems like EGR failure and ensure that your vehicle is running at its best.

Also, it is a good idea to be aware of any recalls or service bulletins related to your vehicle. If your GMC Duramax has been recalled for an EGR-related issue, it is important to have the issue addressed as soon as possible.

When it comes to maintenance, diesel engines need specialized tools, equipment, and mechanics who understand the services needed to preserve the performance that drivers expect. At Diesel Pickup Pros, our expert mechanics help diesel truck owners all throughout the Louisville area with a commitment to quality and customer satisfaction. Visit us from nearby Floyds Knobs, Georgetown, Jeffersonville, and New Albany, IN and also in Louisville KY.